Revenant is a Humanoid Enemy in Elden Ring. The Revenant is a highly aggressive multi-legged creature that can travel between dimensional portals to quickly close the distance with its prey. They can frequently be found stalking ruins in the Liurnia region and are often accompanied by the Wraith Callers that worship them.

The Royal Revenant, a boss version of the Revenant can be found in the Kingsrealm Ruins

A grotesque amalgamation of limbs, the Revenant is a creature with the body structure of an arachnid and the face of a human. Much like a spider, it possesses many limbs that seem to have been grafted onto its body, taken from diseased humans. The Revenant is capable of traveling through portals it creates with a peculiar form of magic, swiftly emerging behind a foe to catch them off guard.

Revenants can be found in the following locations: 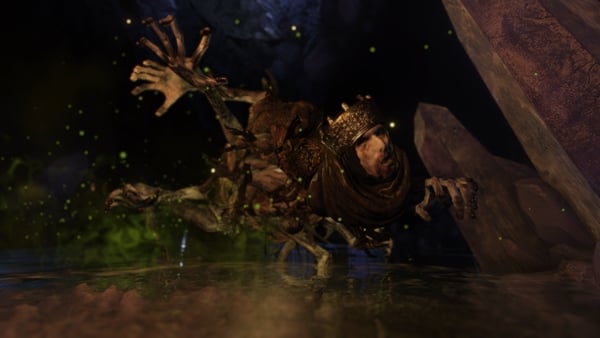 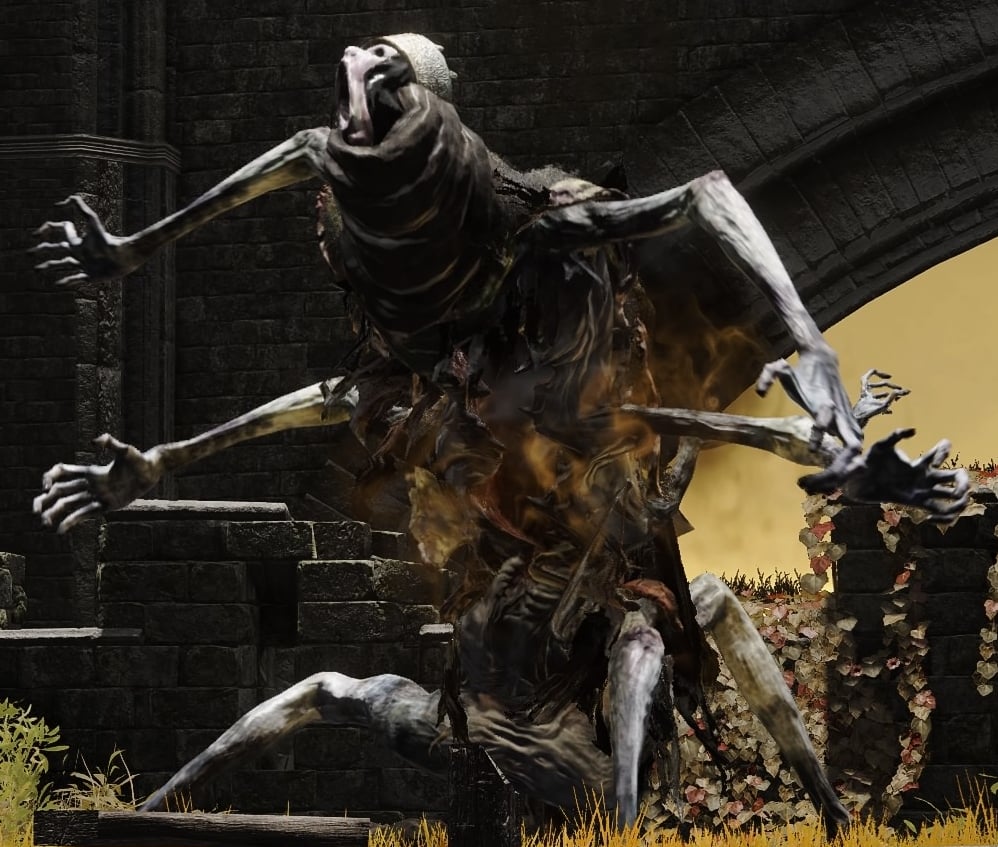