A guardian that sleeps deep within the crypt of Stormveil Castle. It is quick and very aggressive when it attacks and moves similar to a centipede with its multiple legs. The Lesser Ulcerated Tree Spirit also features two large arms and a tail that it mainly uses to swing around or to slam the ground. 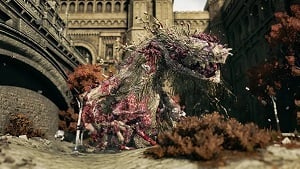 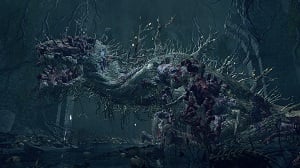