Leyndell Knights are a Humanoid Enemy in Elden Ring. Leyndell Knights are knights of Leyndell, the Royal Capital. They wield a heavy sword in their right arm and has a large shield on their left. They are entirely covered by golden armor and are highly dangerous due to their fine combat skills.

The spirit of a particular Leyndell Knight, Kristoff, can be summoned for aid in battle by using the Ancient Dragon Knight Kristoff Ashes.

Knights sworn to defend the royal capital of Leyndell. The golden canopy atop their helmets represent the honor of standing among the tree's defenders.

Leyndell Knights can be found at the following locations: 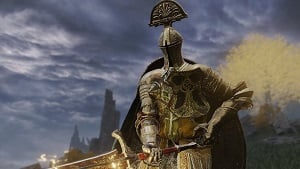 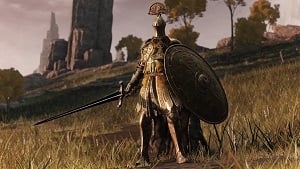 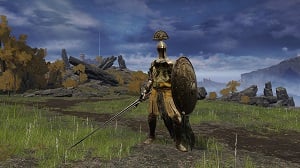 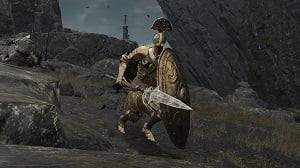 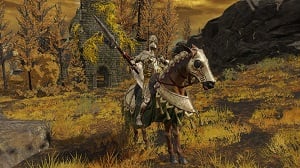 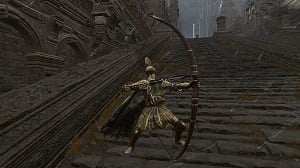