Mad Tongue Alberich is an Invader in Elden Ring.
He was one of the first Tarnished to stay at the Roundtable Hold, and is said to be a heretical sorcerer. He uses the Scythe and the Staff of the Guilty.

Alberich was an aloof yet disturbed heretical sorcerer said to have been driven mad by jeering tongues during his service to the Roundtable Hold long ago.

Where to Find Mad Tongue Alberich:

Mad Tongue Alberich has various attacks. Most of his magical attacks inflict frost damage, and all of his attacks deal Frost buildup, leading to Frostbite

FAQ: How do you kill the guy in the Roundtable Hold Elden ring? 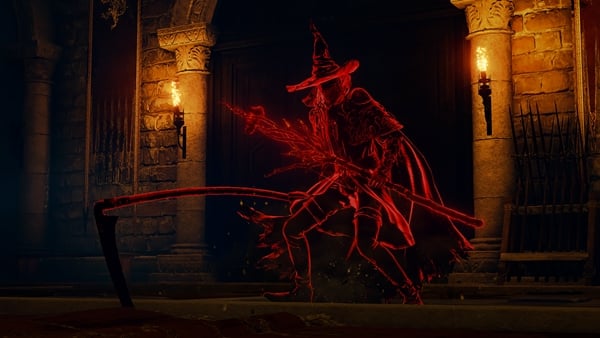