From the Outer Wall Phantom Tree Site of Grace, head through the large set of doors and fight or avoid the Tree Sentinel by veering right. Drop off the stone path and keep your eye to the right and there should be a tunnel opening along the cliffs. This Tunnel is interconnected with the Altus Tunnel further to the north, but they are not necessarily mutually accessible.

Found in Altus Plateau, following the lower road east from Altus Highway Junction site of grace. See it on the Elden Ring Map. The entrance is guarded by a Giant Poison Flower. 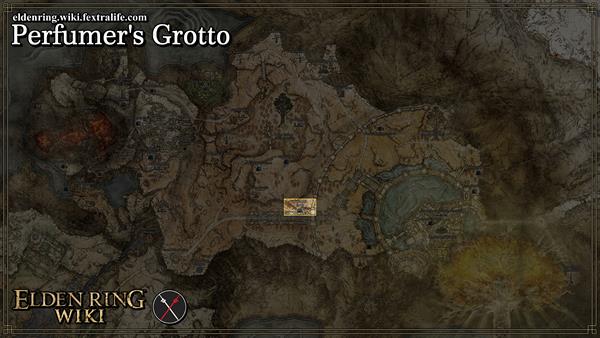 All NPCs and Merchants in Perfumer's Grotto

Once you reach the entrance to the grotto, there will be a Site of Grace to take a rest. Continue through and once you reach a fork in the path where it drops down to the left, take the right tunnel so you wouldn't have to drop off to the left. This will take you to the same area. This is where you may encounter some perfumers and gain a chance to obtain some of the Perfumer Set, such as the Perfumer Hood, Perfumer Robe, Perfumer Gloves, Perfumer Sarong. There will also be a Giant Poison Flower in the vicinity.

Check for loot under the platform on which you entered, there is an Altus Bloom there. Proceed to the next room to the right to find more of the same, there are two chests containing Living Jar Shards and a Perfume Bottle. Proceed to find a Malformed Star. Defeat it and continue over the log path to obtain Arteria Leaves and continue across the branches.  If you look down, there is an unreachable section of wooden platforms. This is part of the Altus Tunnel dungeon. 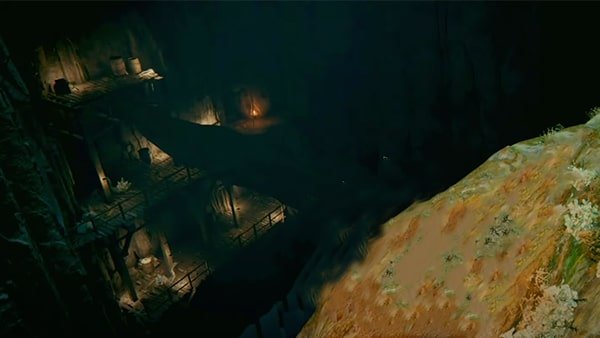 This is area seen from the log crossing is accessible from the Altus Tunnel. [Elden Ring Map Link]

There are various items and two Poison Flowers before the boss. Be prepared to fight an Omenkiller and Miranda the Blighted Bloom simultaneously. There will also be another Giant Poison Flower in the arena.