This area is required to go through in order to get to Miquella's Haligtree. 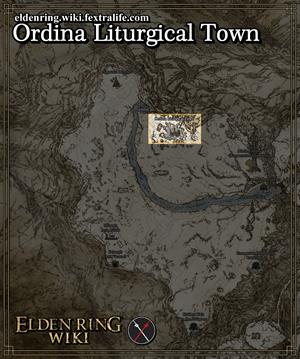 All NPCs and Merchants in Ordina, Liturgical Town

This town contains a puzzle, and solving the puzzle will give you access to a Waygate that you need to access the next area in the game (Miquella's Haligtree). To solve the puzzle, you'll have to first enter an evergaol. The evergaol will be a copy of the town itself, but with certain unlit torches -- you'll have to then light all torches, and the Waygate will appear. Just like the other similar statue/torch puzzles in the game, you simply have to go up and press the Interact key to activate them.

Below is a picture of what the statues look like, for reference. 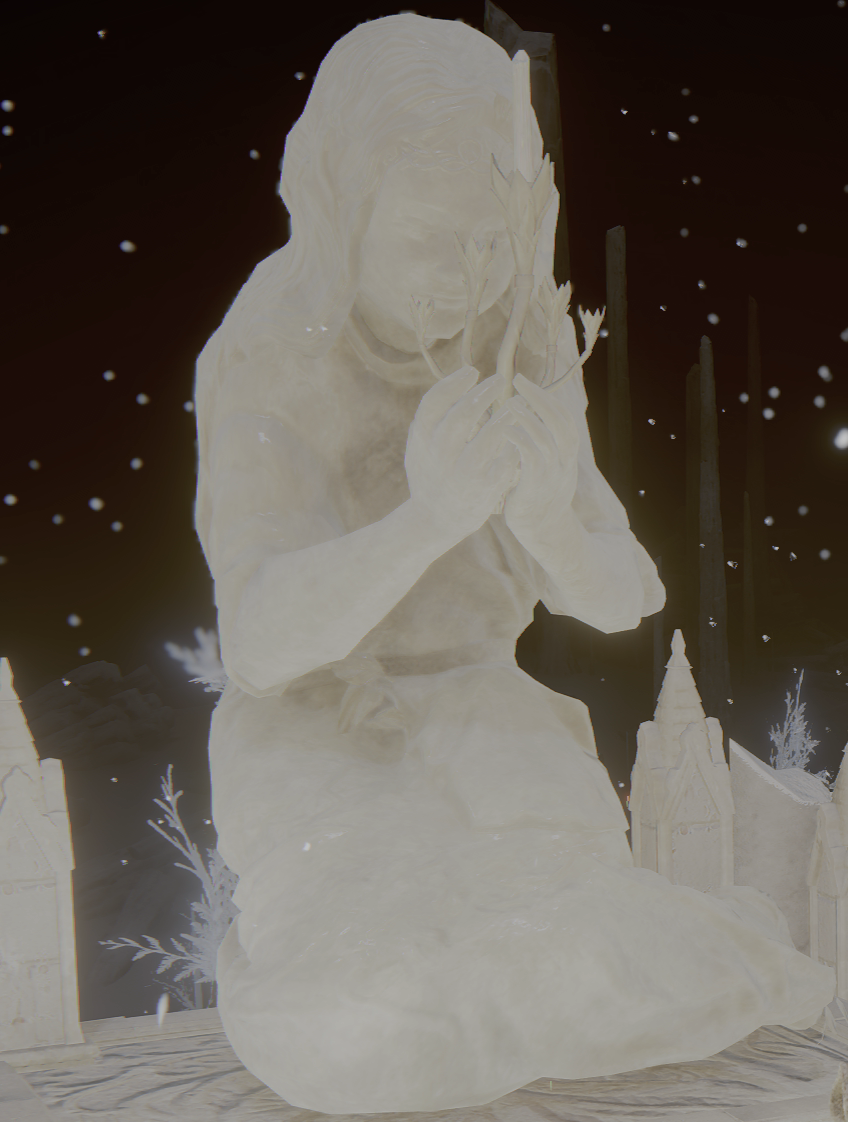 The player does not need to complete the puzzle all at once -- if the player dies, warp elsewhere, exit the game, etc., their progress will still be saved, however, when they come back, they will need to enter the Evergaol again before accessing the statues. Additionally, there are no Statues of Marika in this area, so if you die, you'll have to start back at the site of grace.

The player can not use Torrent while in the evergaol, but you can use it in the town whilst not in the Evergaol.

The player should pick up the Sentry's Torch prior to initiating the entry into the gaol as it will allow them to spot the otherwise invisible Lesser Black Knife Assassins; tradeoff is that the torch will also make you more easily spotted. You need not meet all the Torch's requirements to gain the benefit of its detection ability, and you can still benefit with the torch in your offhand while two-handing your main weapon. With that in mind, anything that can be used to conceal one's presence can be helpful here; Soft Cotton, the Concealing Veil Talisman, the Unseen Form sorcery, Ash of War: Assassin's Gambit, and the Black Knife Armor chest piece alone (unaltered, no full set equipped is required). The Black Knife Armor is found under the stone ramp that leads from the gaol, up to the "sealed" path door/ wall/ etc. Again, anything to hide and quiet oneself can help here.  It's worth noting that the Black Knife Assassins will drop a Ghost Glovewort (9) on defeat and will not respawn.

Note that if you're using any talismans that boost HP, you will not have access to the additional HP that those talismans provide while in the gaol.

If you're paranoid, I recommend reading through the walkthrough instructions and practicing them before activating the evergaol.

Needless to say, it's recommended to spend your runes before proceeding with the puzzle.

To get to the Evergoal, start at the Ordina, Liturgical Town site of grace. [Map Link] Head north up both staircases, then turn right. 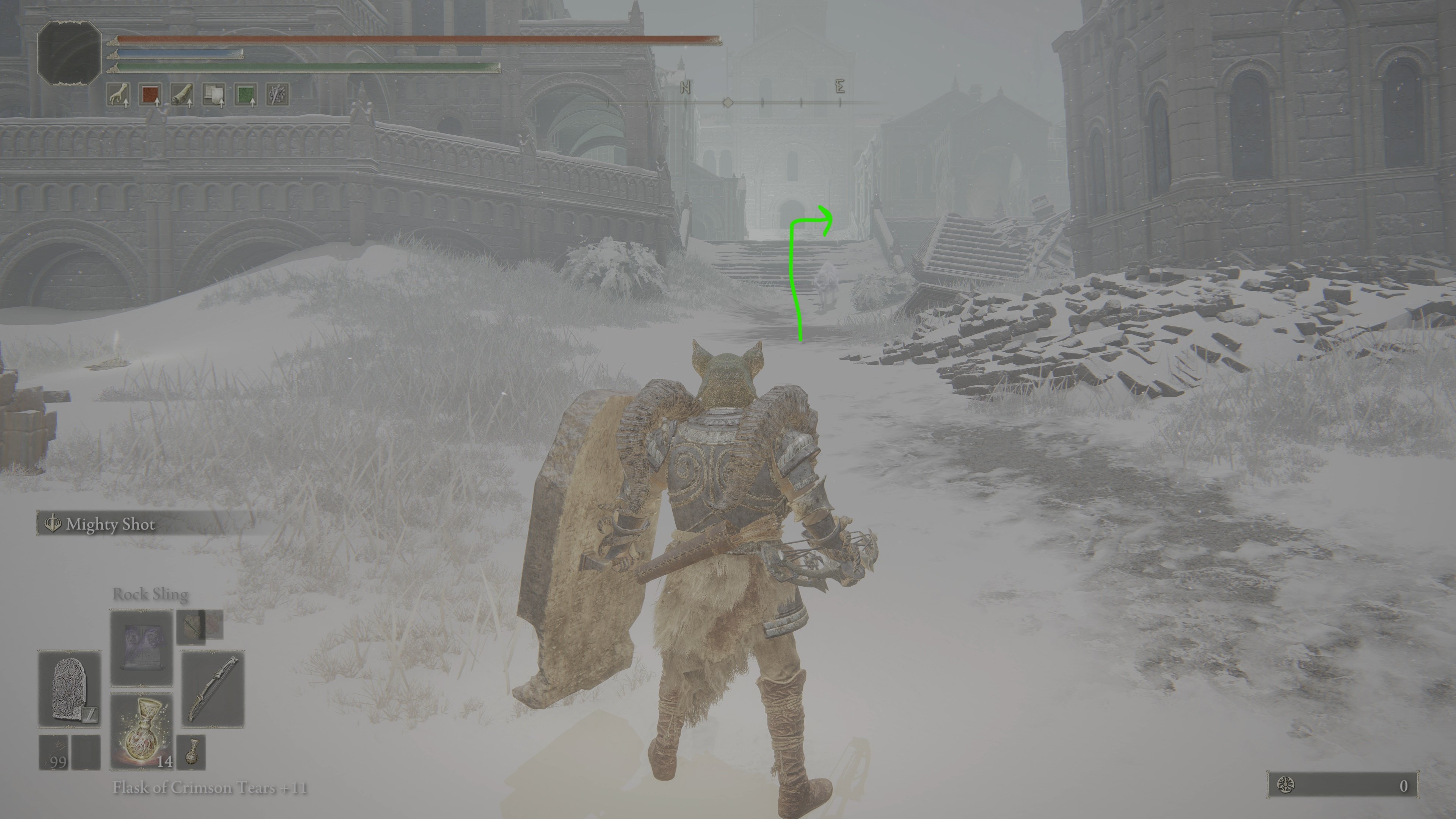 After turning right, turn left and follow around the circumference of the building. 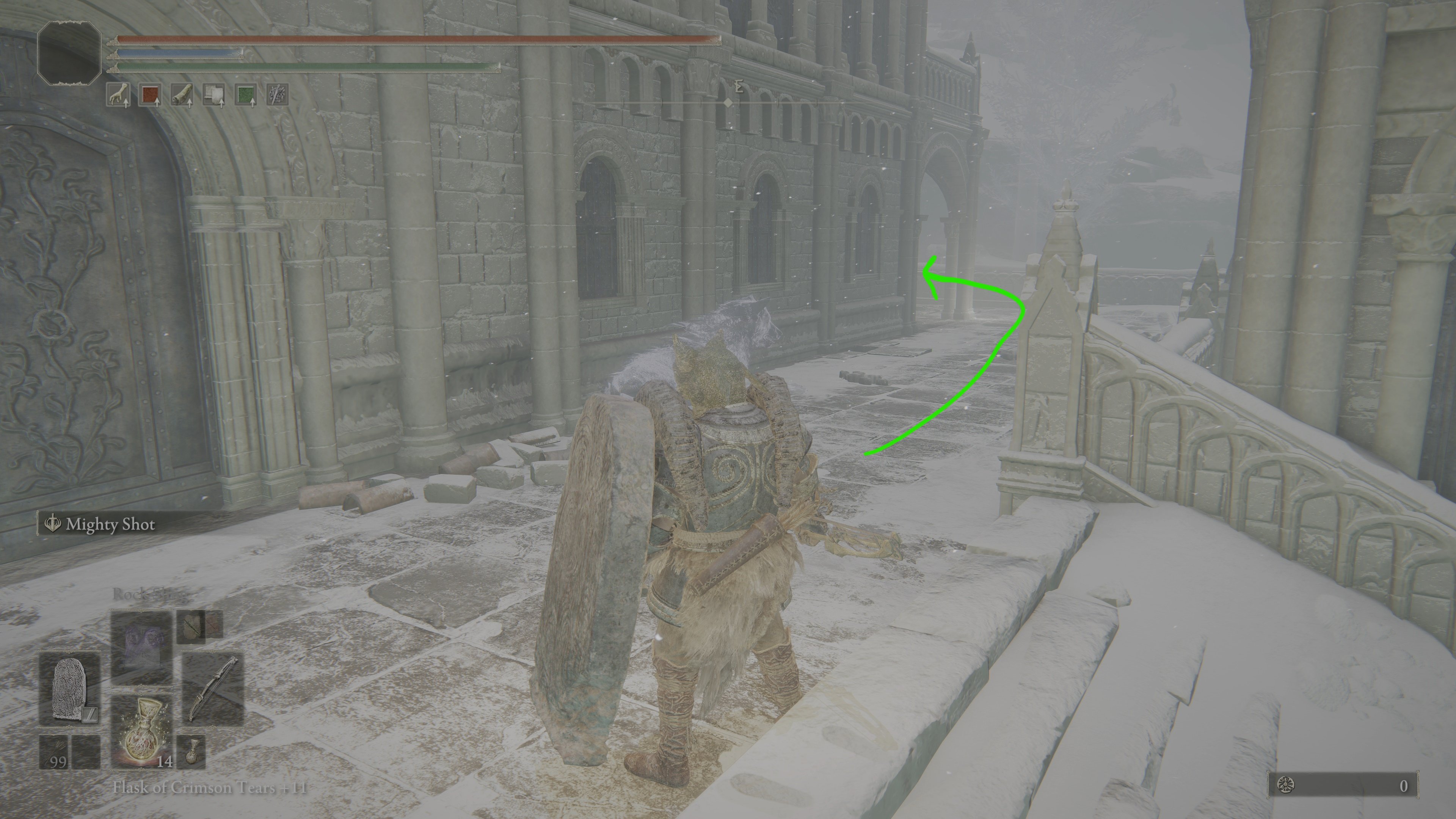 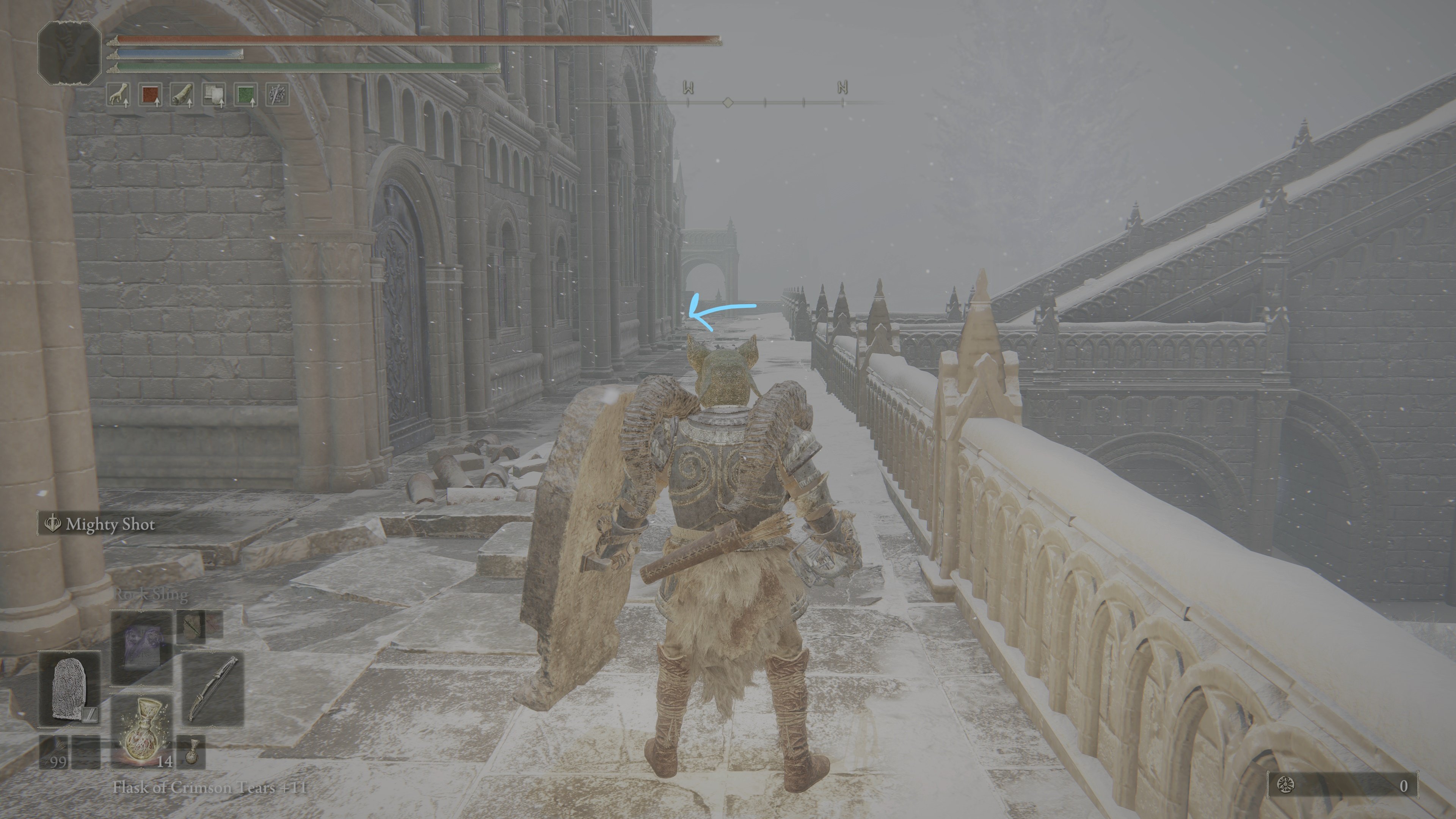 Upon reaching the Evergaol and interacting with the Imp Statue for the first time, you'll be informed of the puzzle: Light the four figures in the evergaol 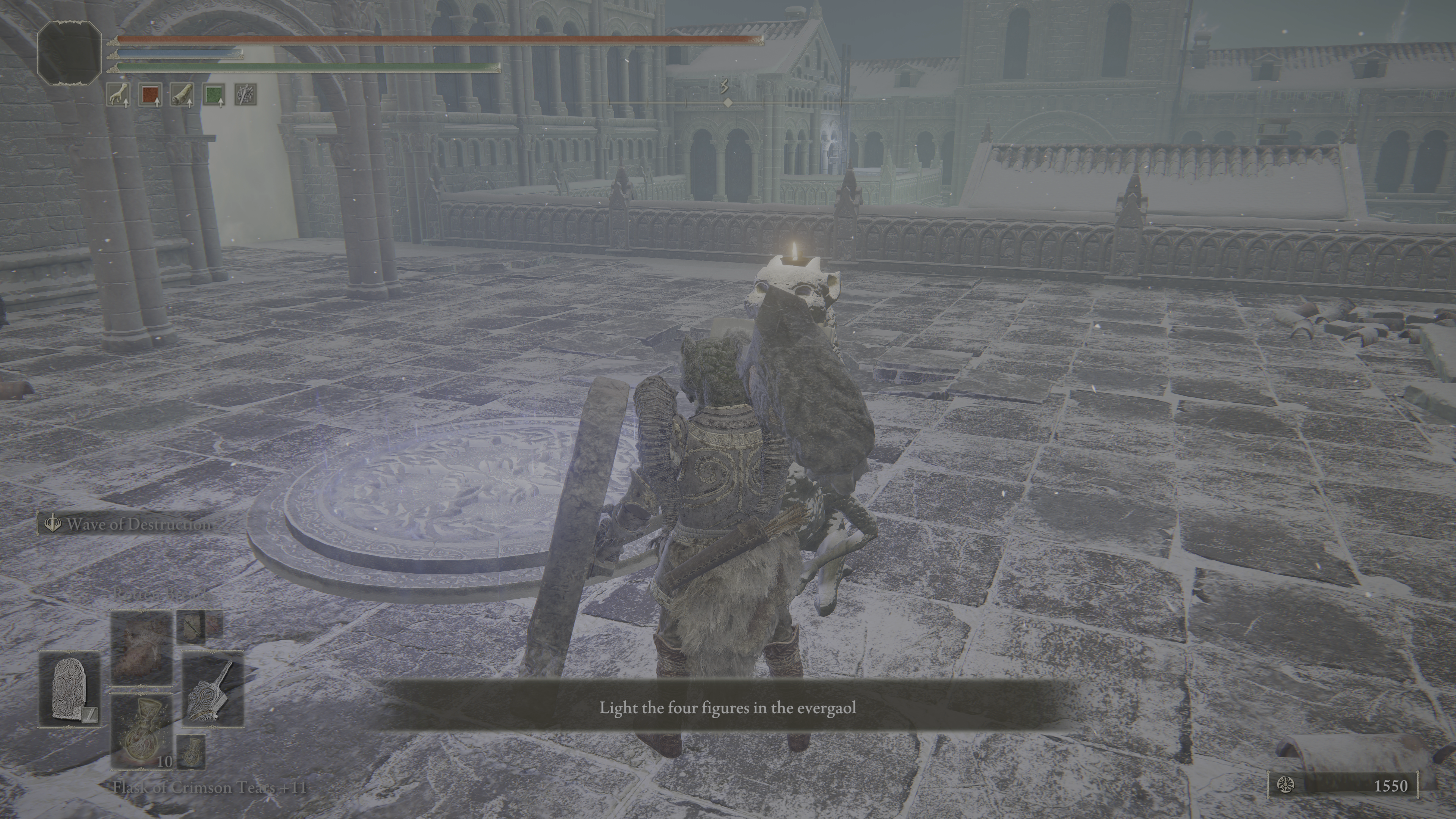 Go up to the Evergaol itself, and interact to enter it. 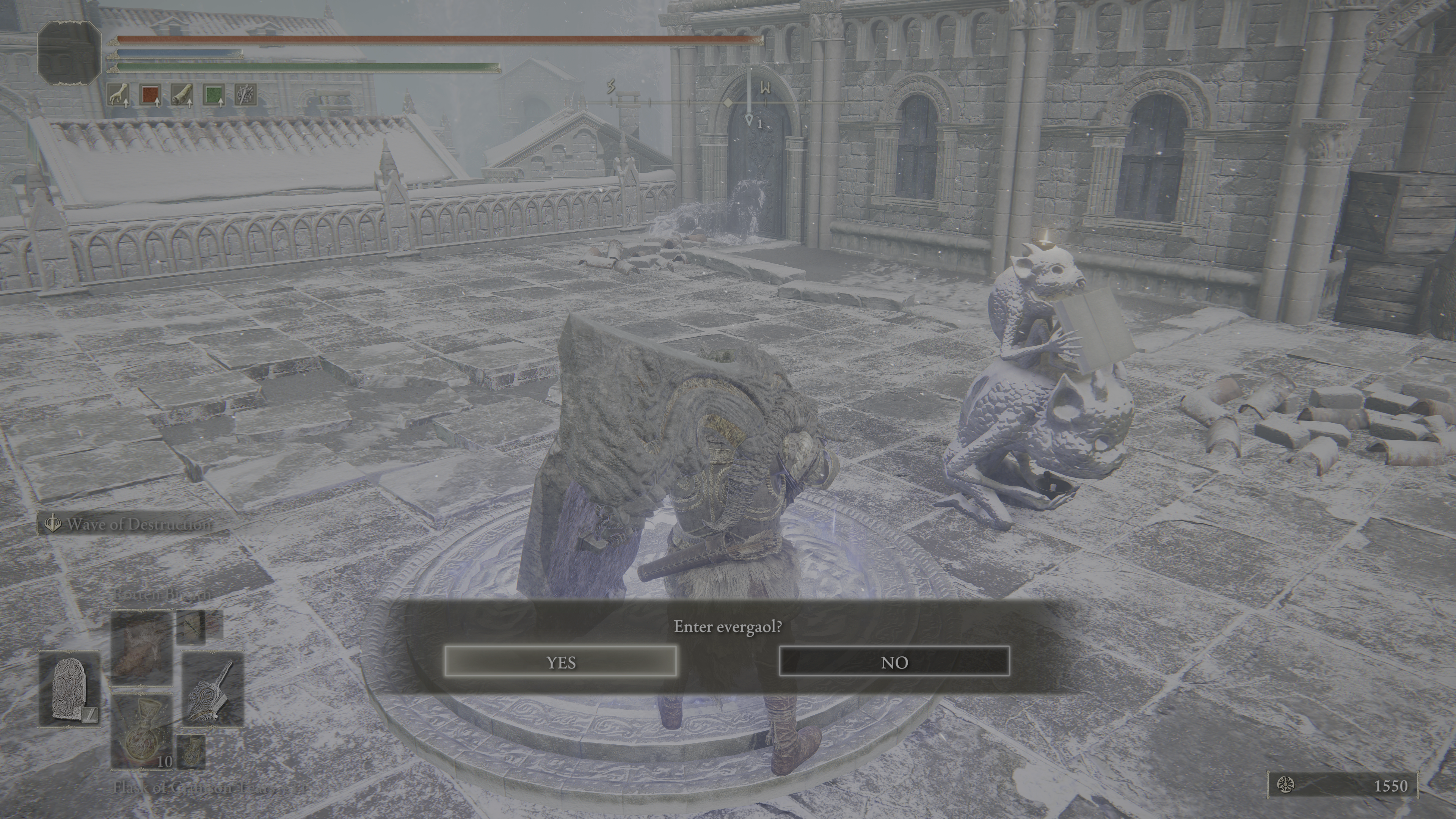 After a loading screen, you'll find yourself still at the evergaol, but now the torches are accessible.

Below are the instructions on how to complete the puzzle. The candles below are numbered only for convenience --you do not need to light the candles in any particular order. I recommend starting with Candle #3 since it's the closest one to you.

Starting at the evergaol, run back like you're going to where the Site of Grace was, except after coming the first set of stairs, turn left, and the statue will be there. 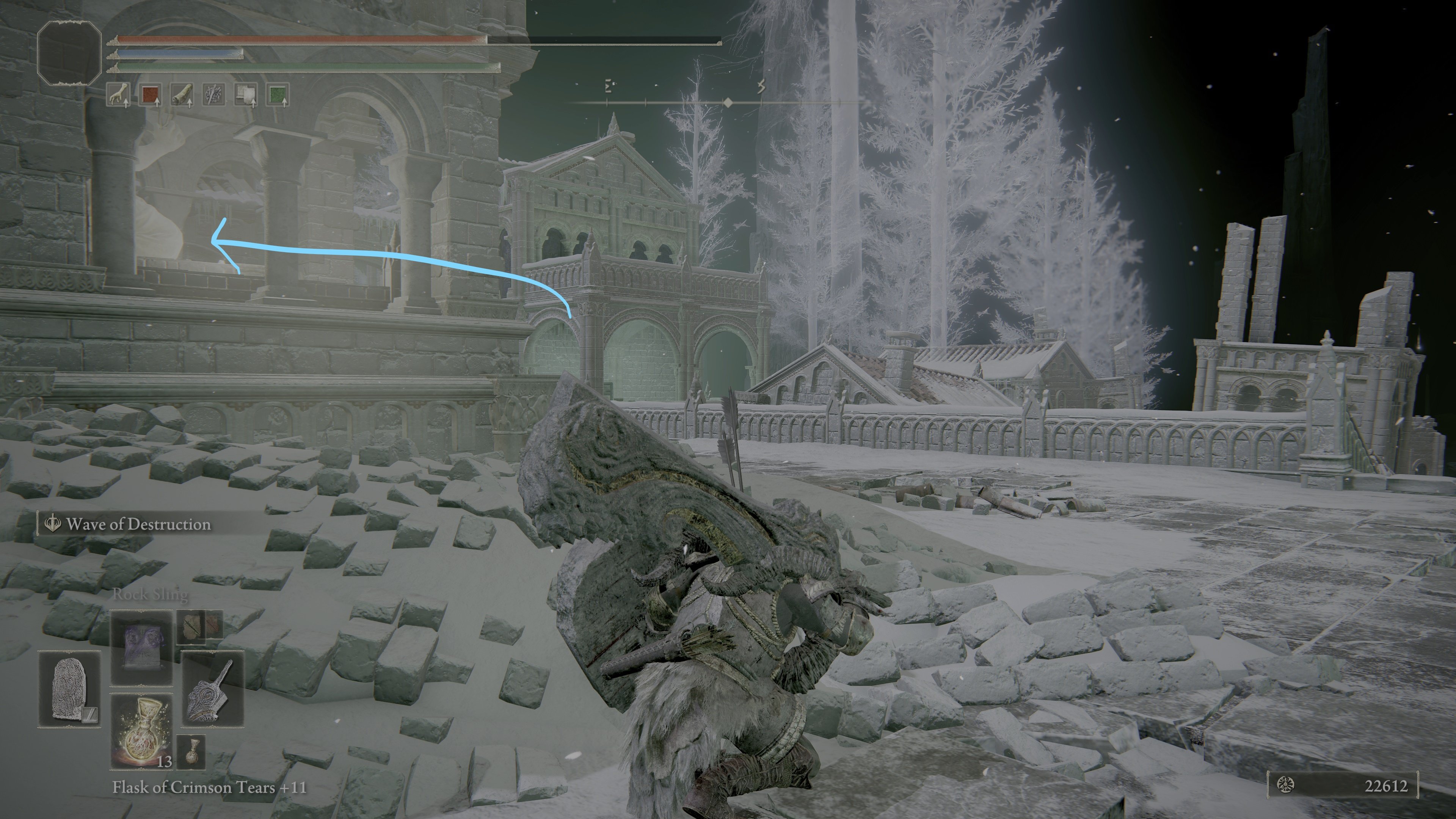 Note that you will most certainly be attacked by an invisible Lesser Black Knife Assassin, and there will be several of them in the area. You can track them either by watching their footsteps in the snow, or reveal them with the Sentry's Torch (can be purchased from the Hermit Merchant [Map Link]). If you have used Ash of War: Assassin's Gambit you can sneak to the candle without drawing the Assassin's attention.

Located at the far west edge of the town, and there's a ladder up to it blending in with the stones. From the starting point turn right and jump over the balcony, turn left and go around the town until you reach the ladder. 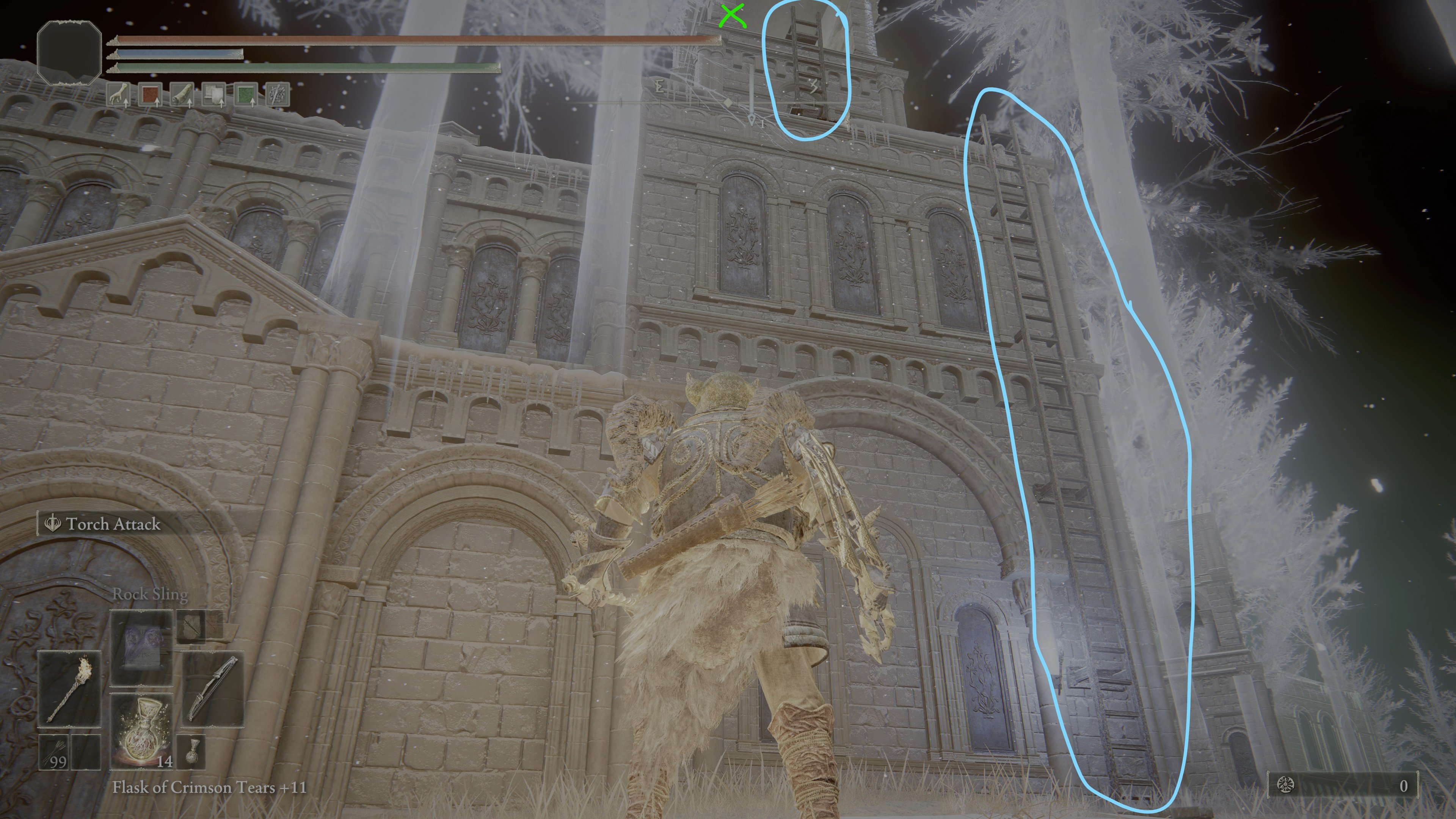 Beware of a nearby Lesser Black Knife Assassin - but you can run for the ladder without needing to engage her. 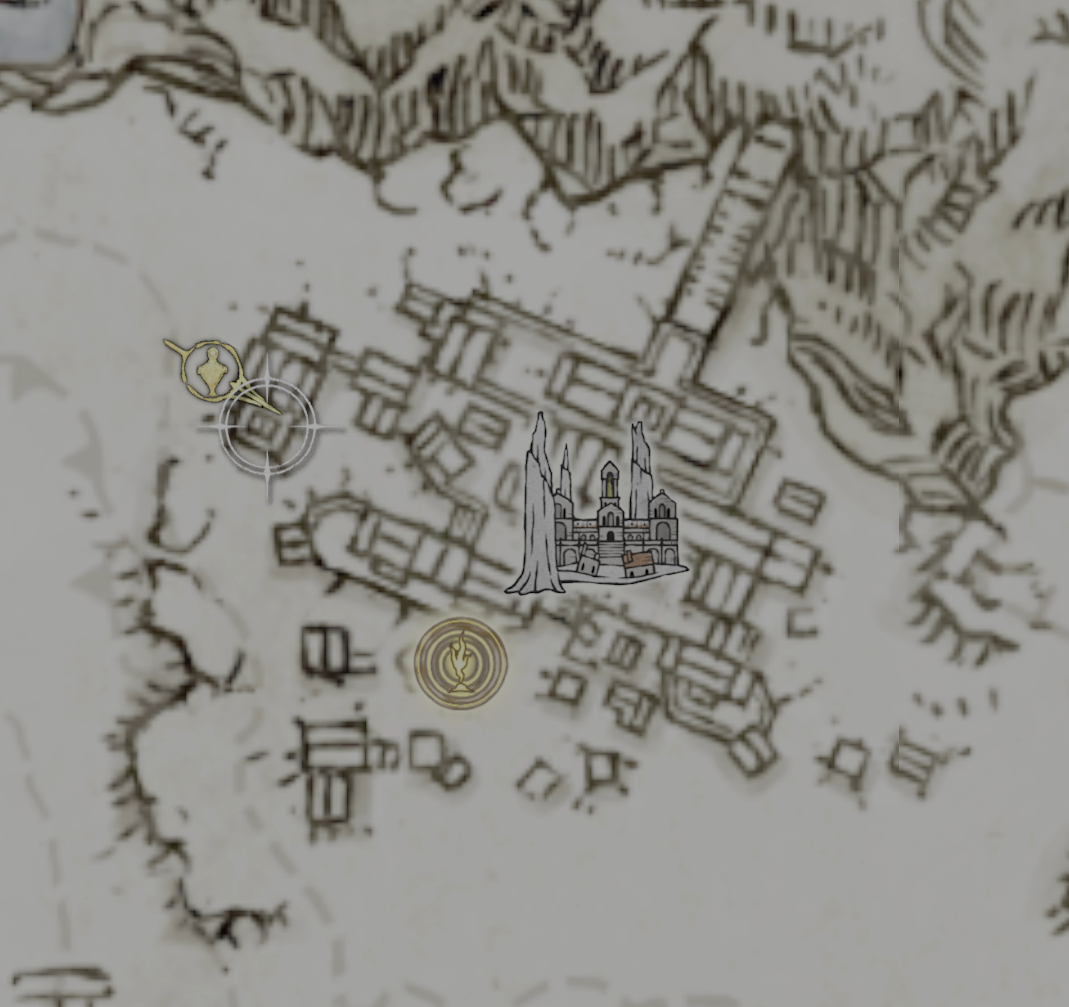 This is the first torch visible when you first enter the evergaol. You can see it directly in front of you, atop a roof. Notice that there are two ladders leading up to it. (See image below) 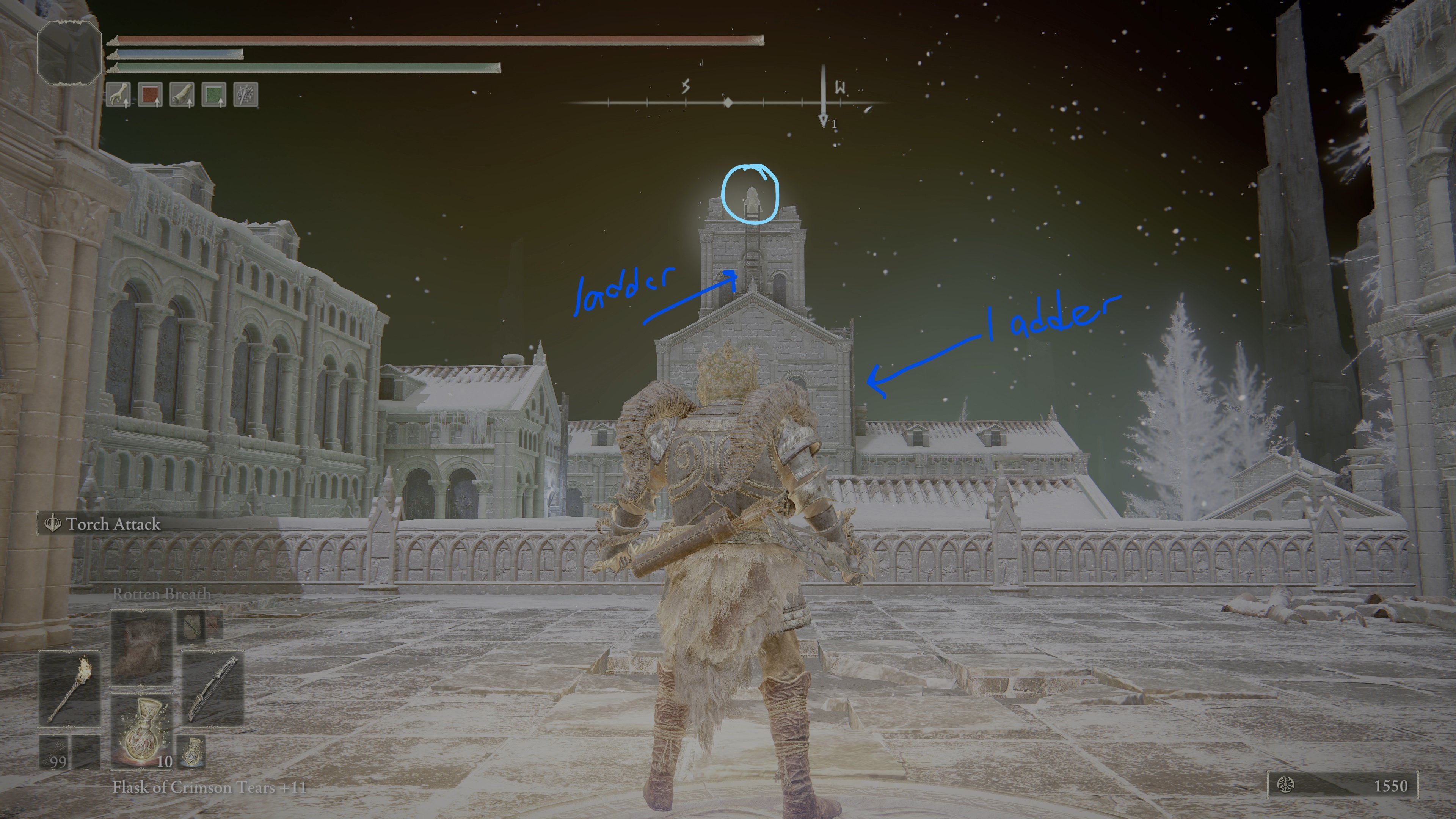 From the starting point, jump over the balcony to the south. Continue south and at the stairs, jump on the upper railing and onto the balcony on the left side of the stairs. 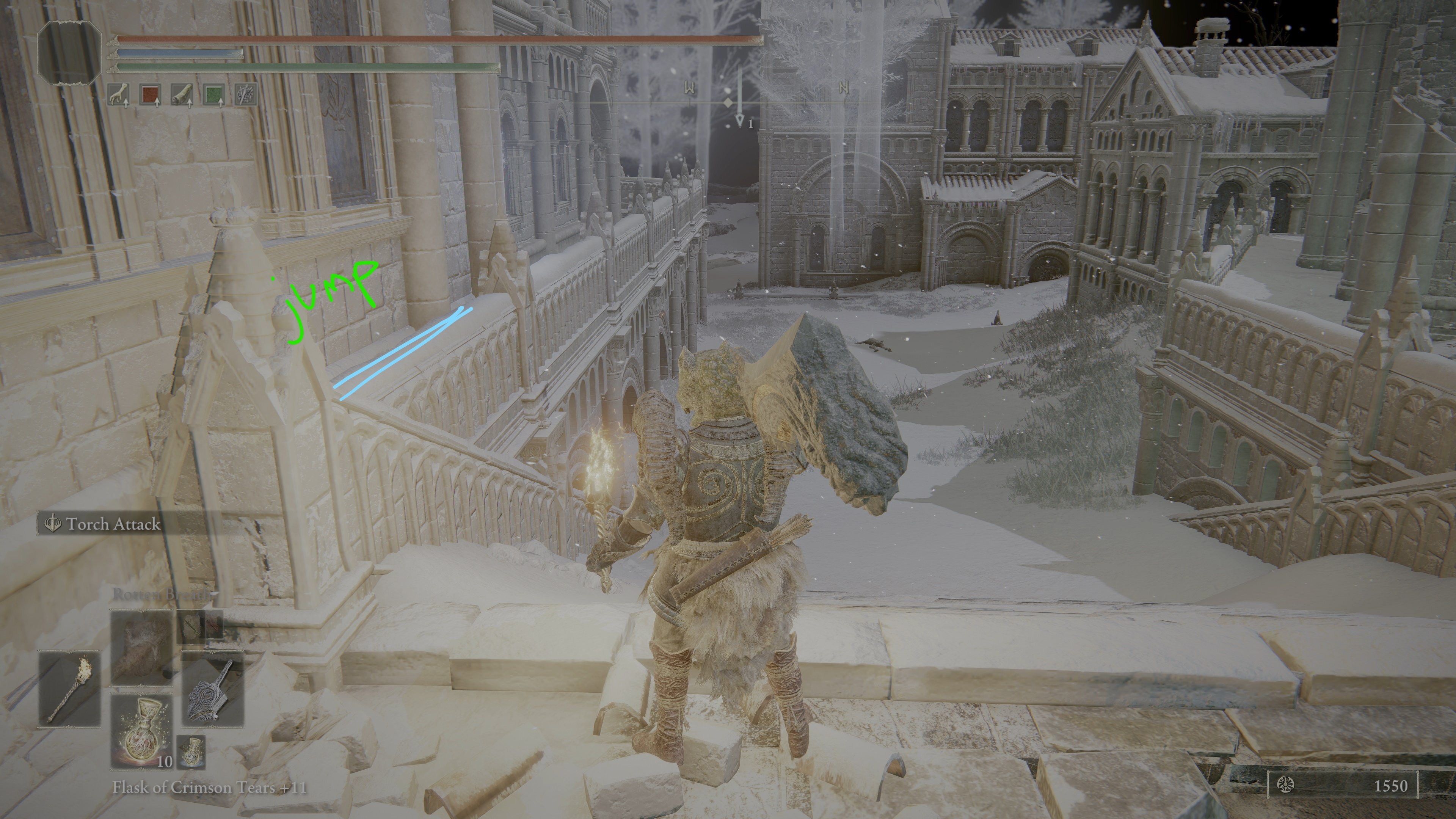 There is a ladder to your direct left, next to a door. (This is the lower ladder that was shown in the image earlier.) 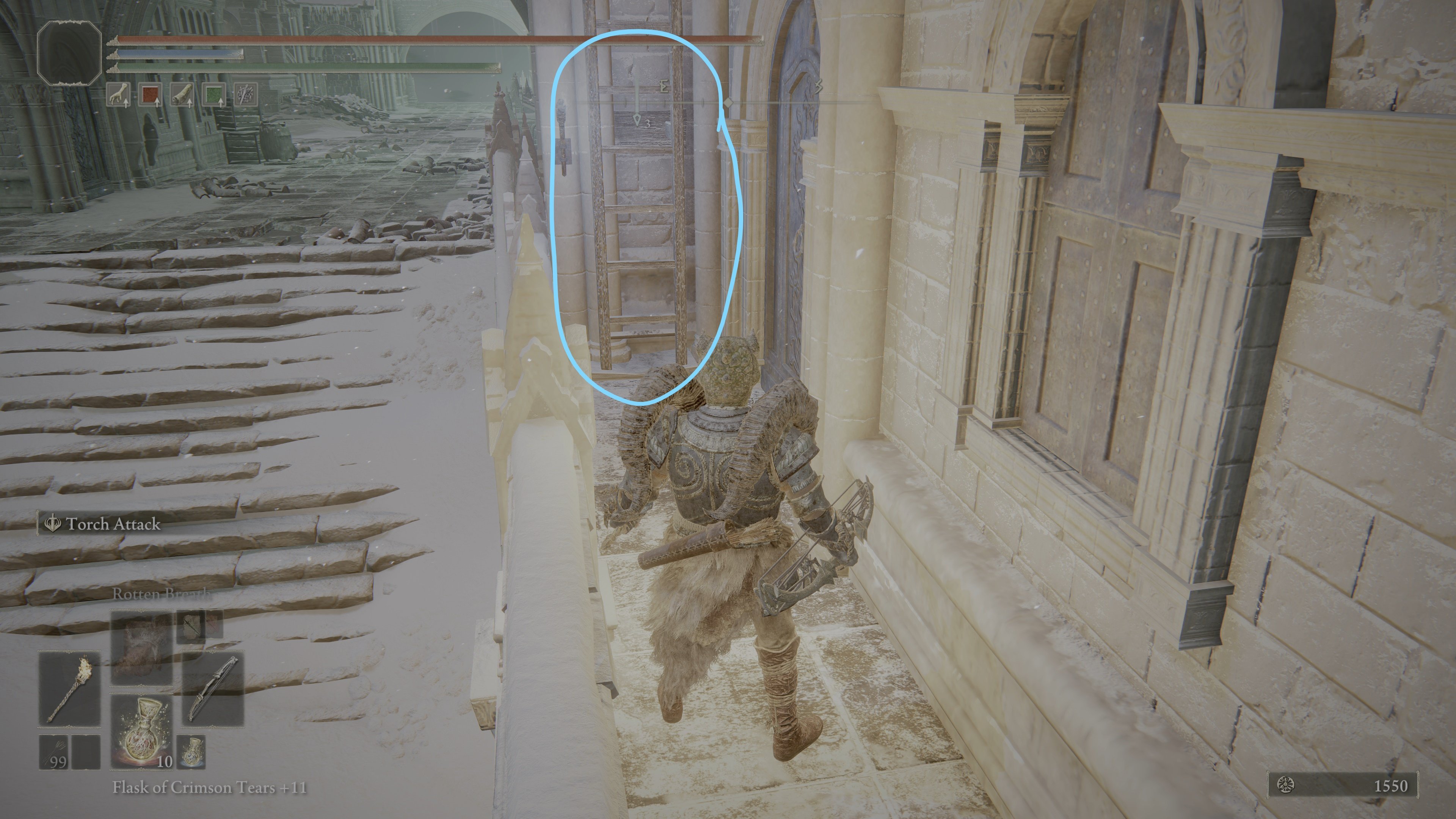 Climb the next ladder right in front of you and you will reach candle 3.

This candle is located just east of where the Evergaol is. Standing at the Evergaol, take a few steps West, then face due East, and look up a bit to see the statue. 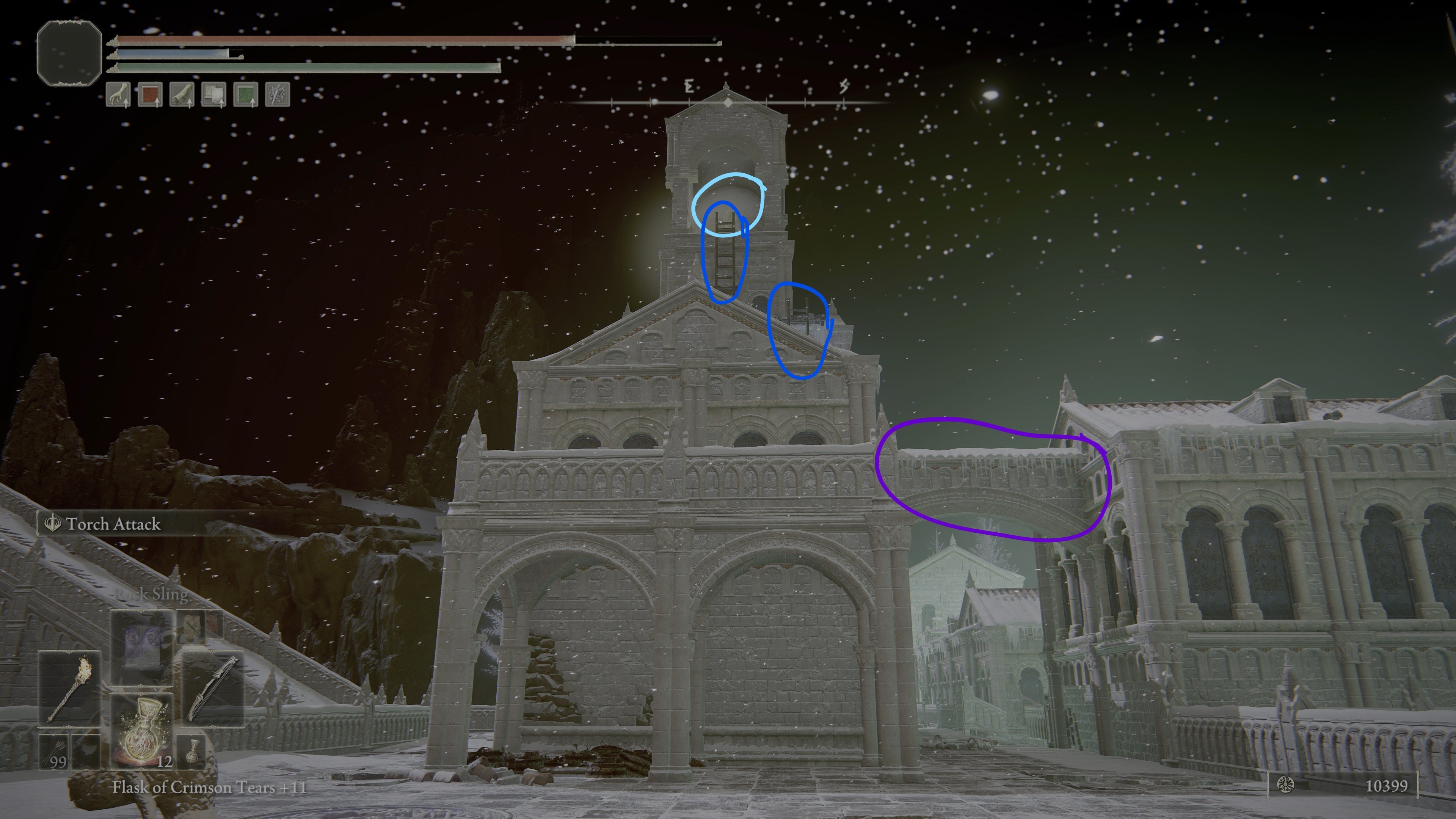 You'll notice that there are 2 ladders leading up to it, but these 2 ladders are not accessible from ground level. Instead, you'll need to access it via the archway connecting the building where the statue is to the nearby building (see image above for reference).

To access this candle, follow the instructions like you were for #3, but after reaching the first ladder, rather than going up the second ladder (like you did in the third candle step), turn left at the ladder and jump down onto the connecting archway. 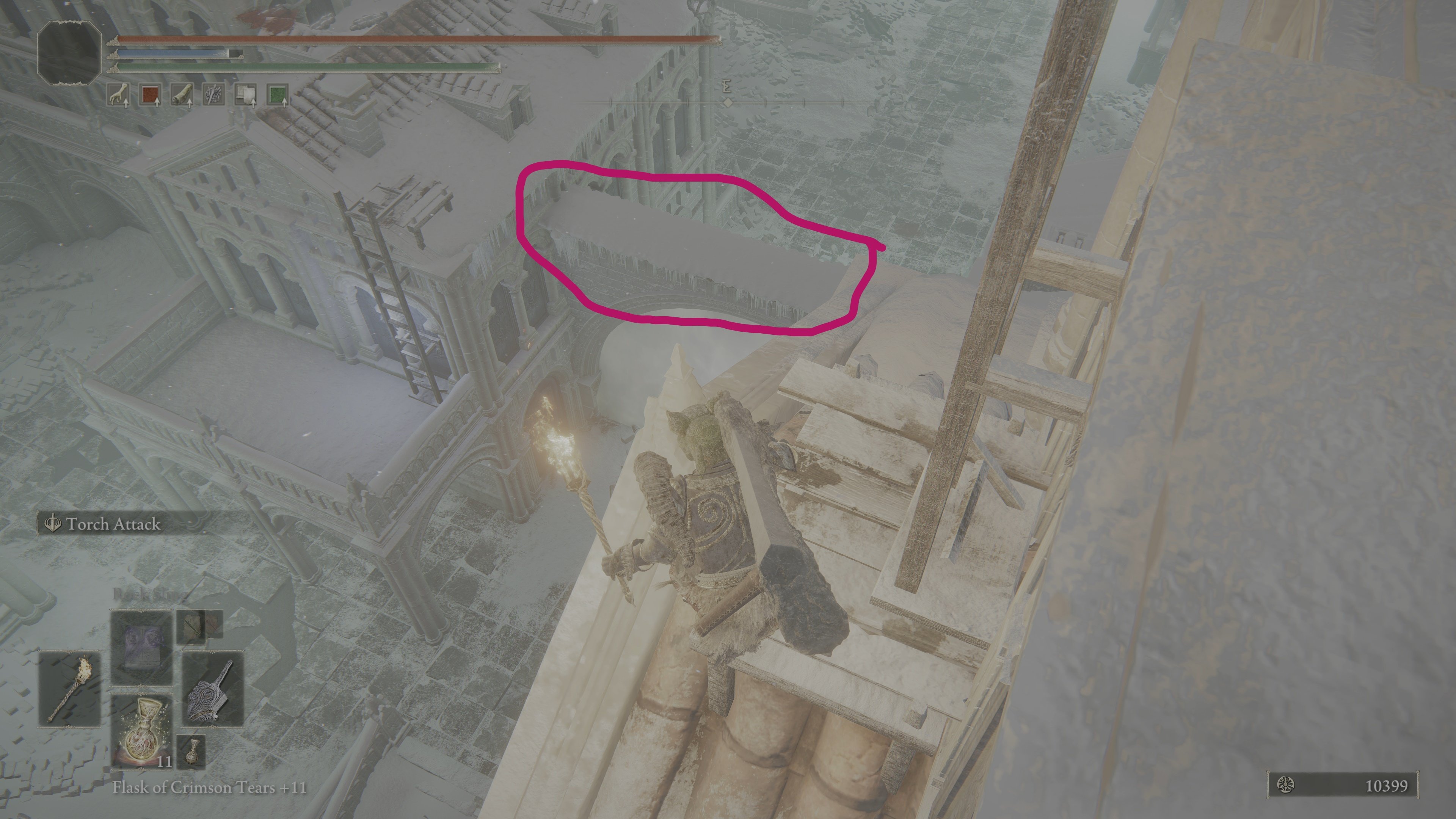 At this point, you'll start to be heavily bombarded with arrows from 2 archers. One is going to be in front of you, near the first ladder that you see, and another will be off to the right. You'll have to make a tough jump onto the roof in front of you from the archway, and after that, head towards the two ladders in front of you with your shield raised, take out the first archer, and use the wall where the first ladder is as cover from the second archer. You should be able to safely climb to the top and light the fourth candle. 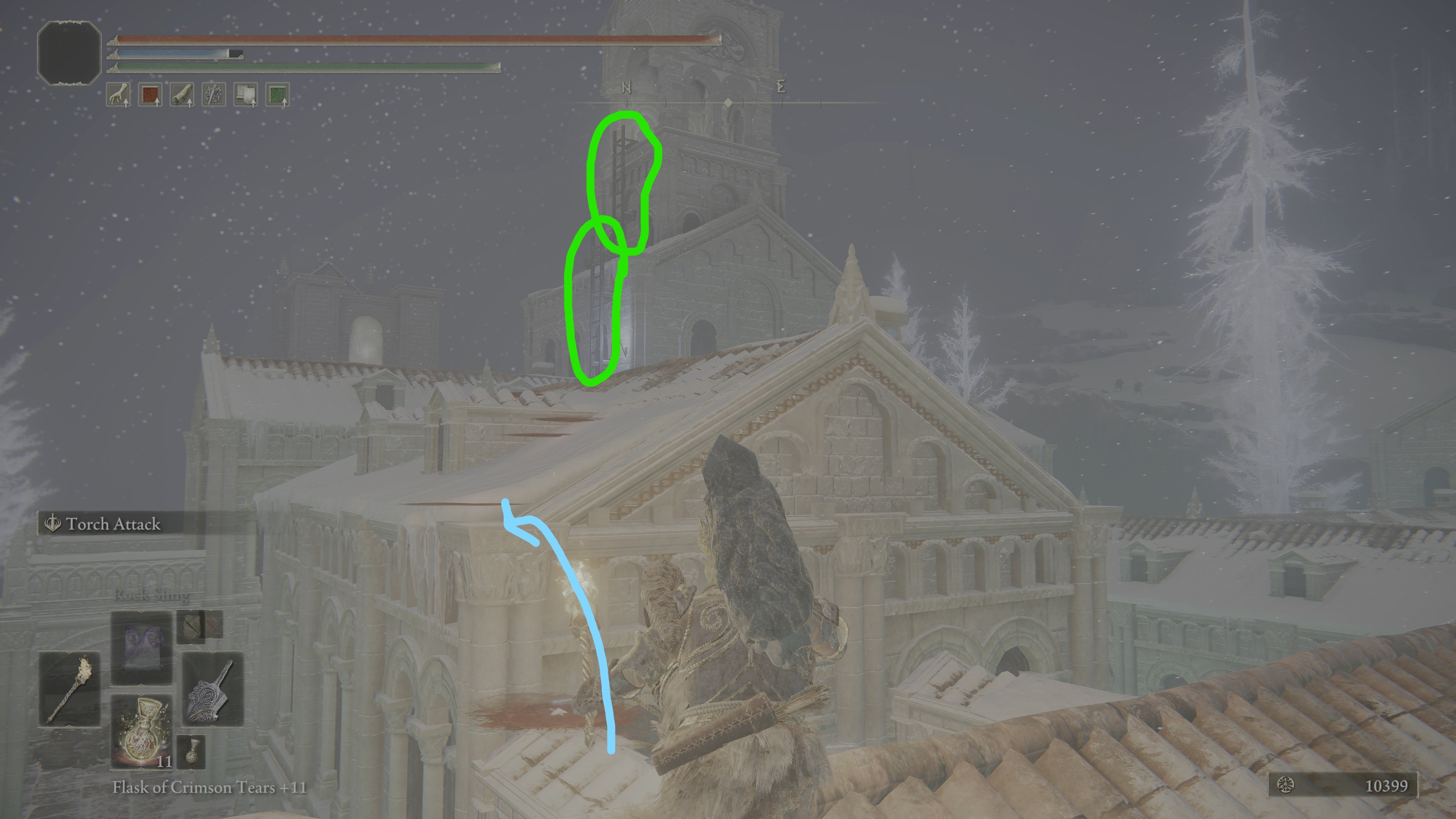 If you don't have a long range weapon/spell, use any shield with 100% physical reduction for protection to get into melee range of the archers as they can't move and are nearly helpless up close. Take out the single archer in your tracks and climb the ladders to victory, since the second archer will be blocked by the tower you're climbing anyway.

After completing the puzzle...

Once all 4 candles/statues are lit, you'll receive the A seal was broken in town message: 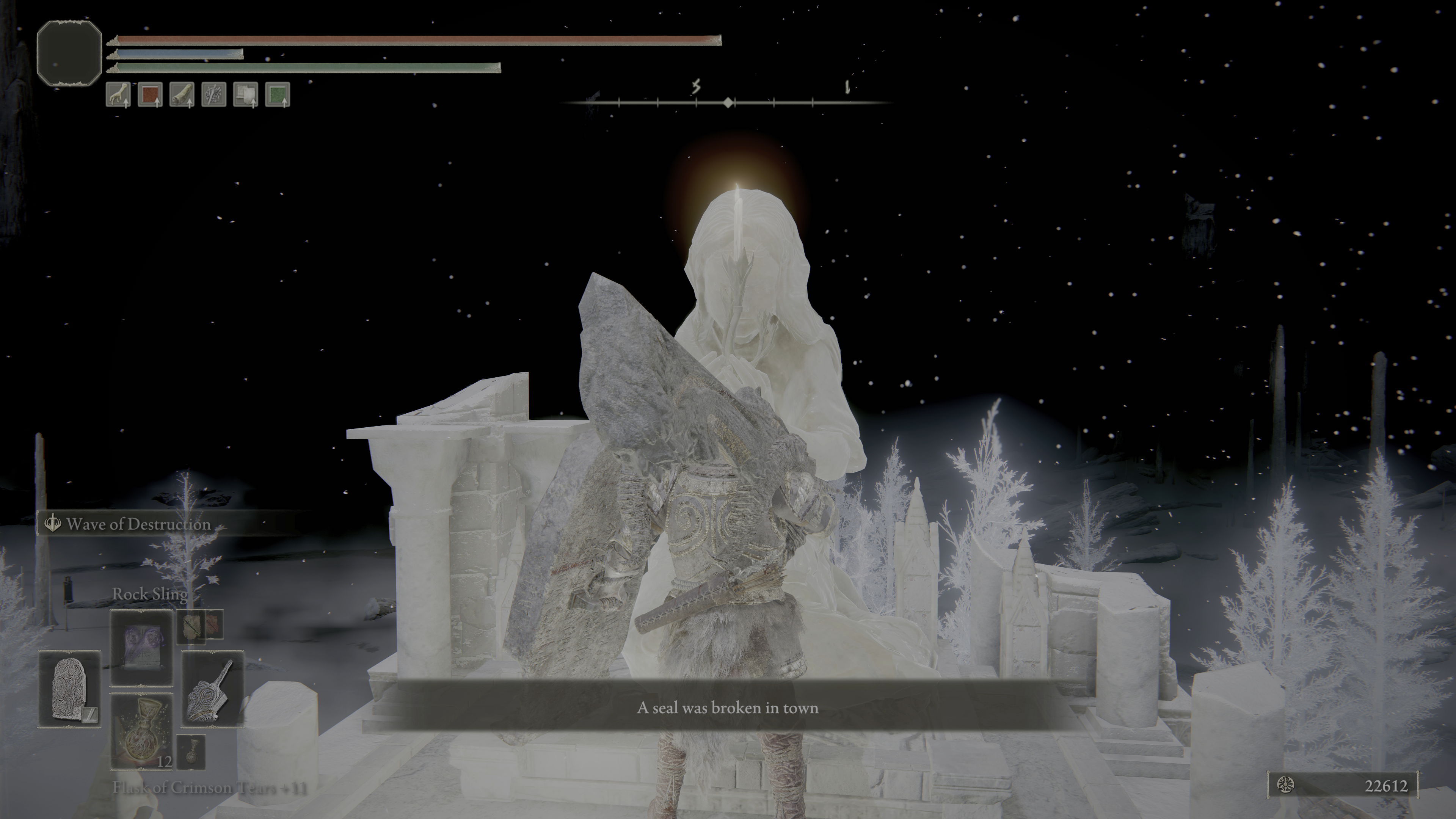 A loading screen will show, and you will be teleported back to the evergaol starting location. Face east, walk forward, and turn left to go up the tall stairs -- these were previously locked. 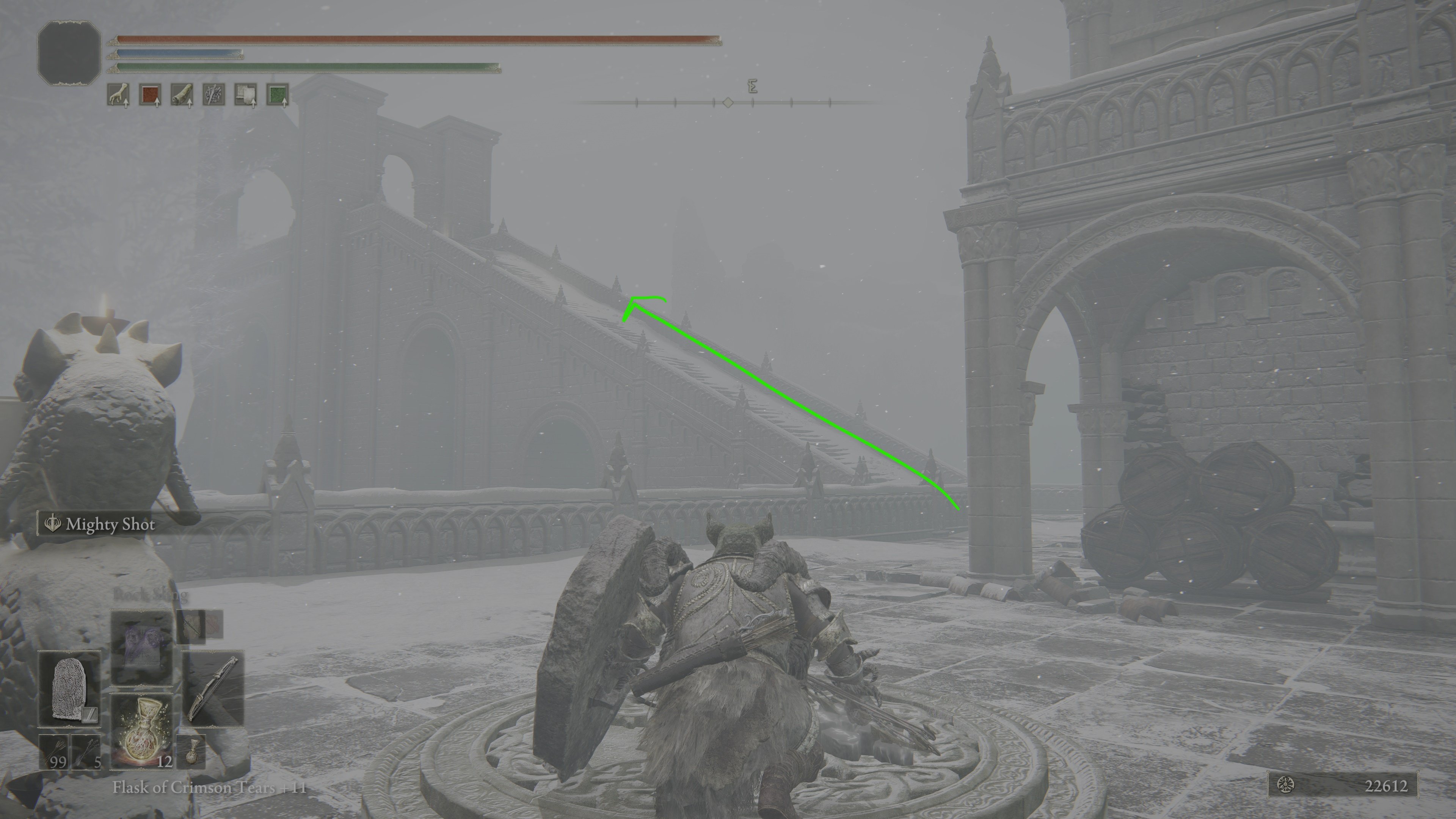 At the top, you'll find a Waygate. Interact with it to be transported to the next area, Miquella's Haligtree. 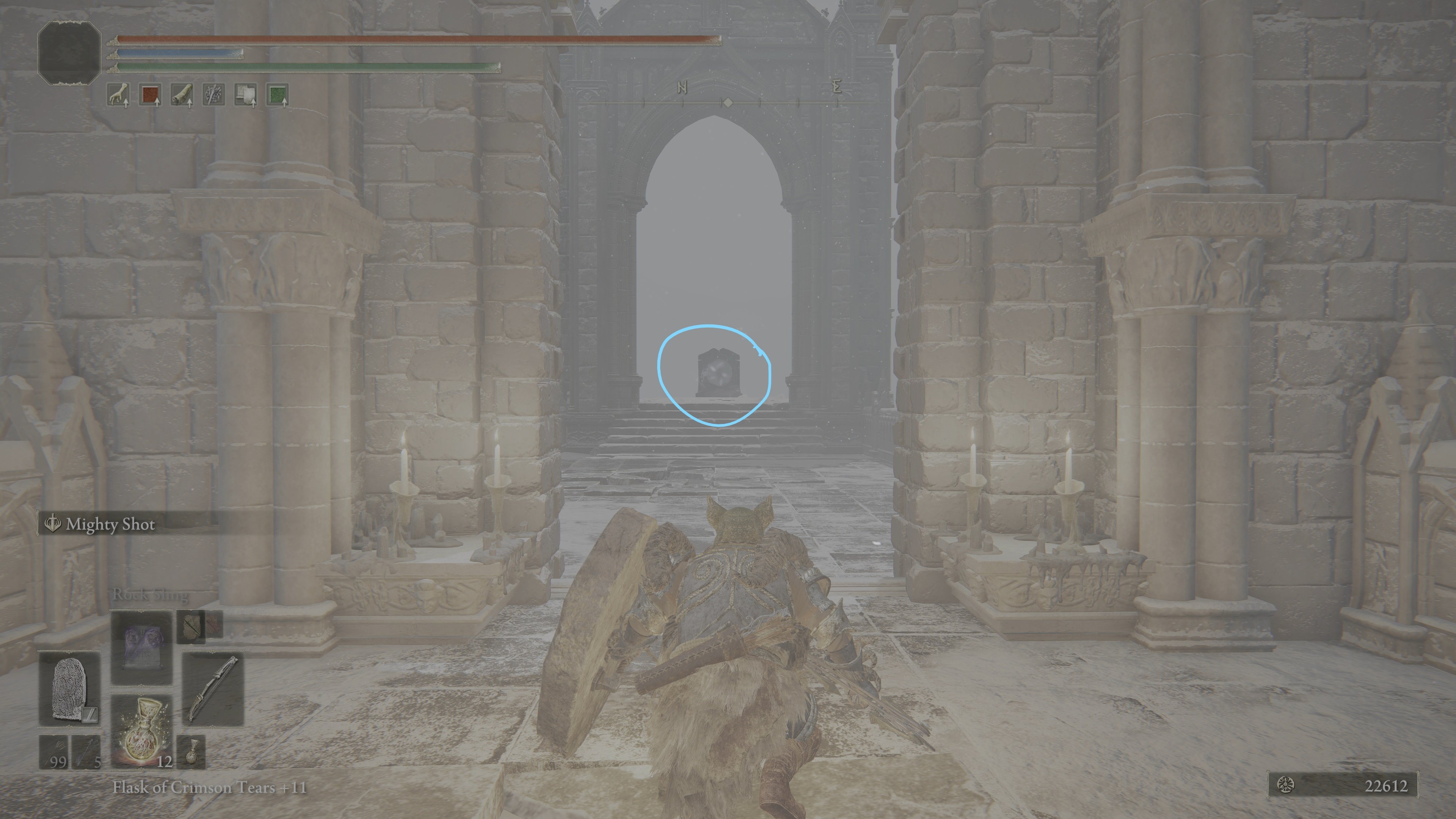