Gelmir Hero's Grave is a Location in Elden Ring. The Gelmir Hero's Grave is found in Mt. Gelmir, high above the center of the region. Players can get to the entrance of these catacombs by heading northwest from the Bridge of Iniquity site of grace, climbing up the rope ladder to the First Mt. Gelmir Campsite site of grace and heading around west. Alternatively, you can reach the catacombs by walking along the long jagged rock extending from the north of Hermit Village over the chasm (use the Primeval Sorcerer Azur Site of Grace).

Unlike most Catacombs and Hero's Graves, the doors leading to the Boss chamber in this dungeon do not require opening with a lever, they open manually.

The Gelmir Hero's Grave is found in Mt. Gelmir, high above the center of the region. [Elden Ring Map Link] 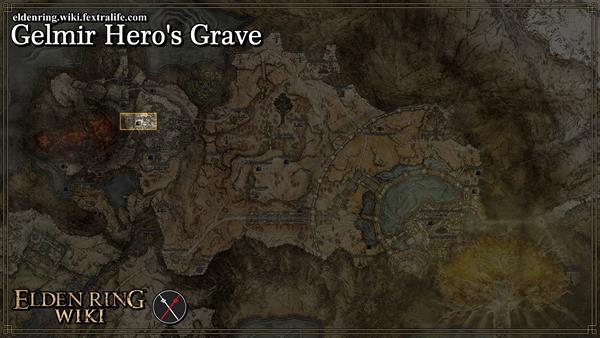 All NPCs and Merchants in Gelmir Hero's Grave

Once you enter and descend to the main area you will notice one main slope, be careful when lingering on the center slope since this is the chariot's main route. Anticipate the skeletons posted as the save crevices on the sides too that will pop out as you pass. Wait for the chariot to pass you before you advance to the next section until you dip into the last hollow section on the left.

Here you can clear the area and make your way to the tunnel with the second chariot. A Stonesword key can be obtained up the ramp to the right in the tunnel with the second chariot, but you can also keep going down the same chariot route by excessively rolling over the lava, or using Quickstep or Bloodhound's Step. Before progressing down the path with the second chariot, double back to the path of the first chariot, go down the slope with the lava, and make the turn to the left on the lava and there will be a room with a chest to obtain Ringed Finger. Travel back to the opposite side and under the last archway with a glovewort and (careful!) a hole to drop down onto a ledge which will put you close to the boss.

Stand on the ledge facing the lava and wait for the chariot to arrive. Once it's near you at this ledge, you can hop on it and ride the chariot back. Hop off at the end before it turns all the way back. Clear the Lesser Cemetery Shade and skeleton at the end of this slope. There is a chance to gain a Mantis Blade after clearing the Shade. Directly right of this crevice with the shade is another slope up with 2 drop-down points on either side. Drop down on the left onto a ledge which will lead to another secret opening.

Just after entering the archway again, turn right where a Lesser Bloodhound Knight will be. This is where you can loot the Gelmir Knight Set off a corpse.  Elden Ring Map here.

When you turn around, there will be a ladder directly behind. This leads to a ledge that then has a window to crawl out through so you can find yourself on a set of wooden beams. Stand at the intersection of the wooden beams. This will put you directly above the chariot as it turns. When the chariot arrives it will momentarily pause before it makes its turn then proceeds back down the slope. Use that pause to hop on the chariot and ride it down the first slope. Keep your eyes to the right side. Unless you can reach the ledge on the right, you will need to hop off and roll on some lava to make your way to the ladder point that is also to the right. This will take you to the last fog gate where you can fight the boss, Red Wolf of the Champion. Defeating this boss will reward you with Bloodhound Knight Floh Ashes. Loot the remaining chest in the boss chamber to obtain Deathroot. 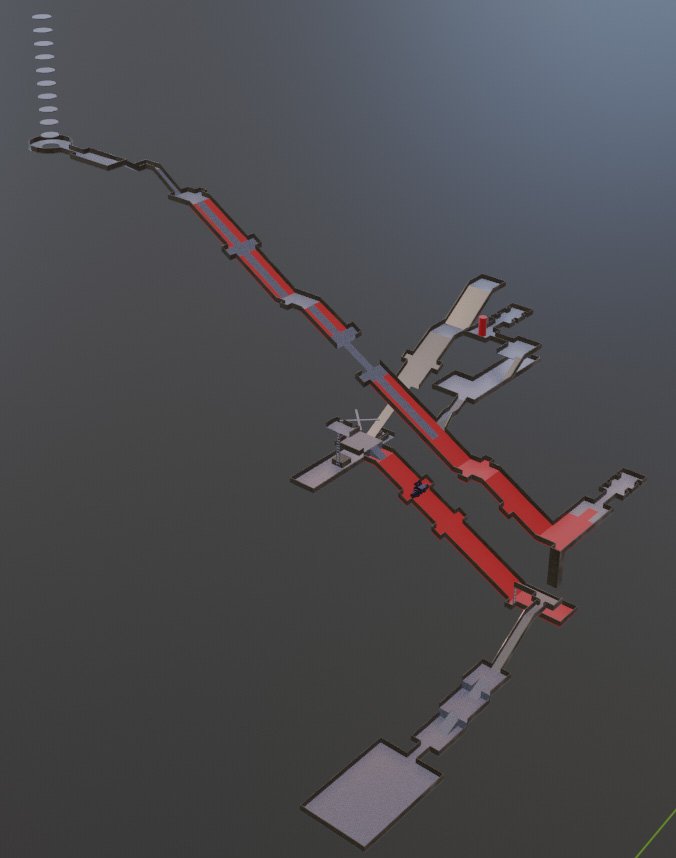